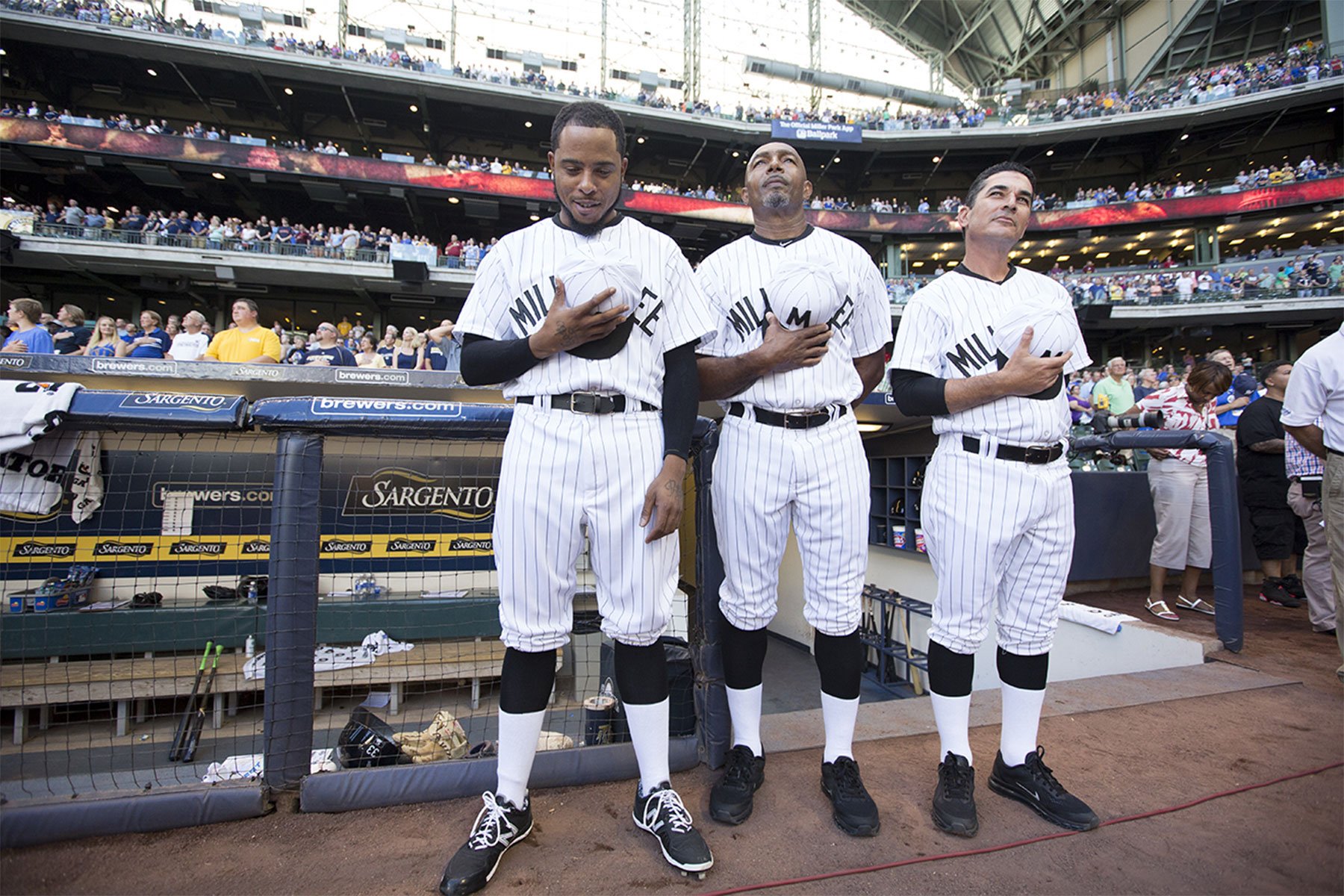 The Brewers honored the significance of the Negro League and their impact on the game by donning Milwaukee Bears uniforms, the city’s 1923 Negro League representative. The Nationals also showed their honor for the Negro League by wearing uniforms from the Homestead Grays, who played home games in Washington, D.C. from 1940-42.

At the game, the Brewers paid tribute to former players and baseball contributors Roosevelt Jackson, Ray Knox and William McCrary during a tailgate reception at Helfaer Field, along with a special pre-game ceremony at Miller Park. In honor of the event, Brewers Community Foundation made a donation to both the Negro League Museum and Yesterday’s Negro League Baseball Players Foundation. In addition, an autograph session with the honorees took place at the start of the game on the Field Level Concourse near home plate.

Roosevelt Jackson, 98, is believed to be the oldest living member of the Negro League. A pitcher and outfielder, Jackson played for teams such as the Miami Globetrotters, Florida Cuban Giants, Hollywood Redbirds and the Miami Red Sox, among others. Jackson, who also managed, later worked as a scout with Philadelphia Phillies. A native of Gay, Georgia, he was honored in 2010 with the unveiling of a postage stamp that featured his likeness.

William McCrary, 86, grew up in Beloit, Wisconsin. He was a reserve shortstop with the Kansas City Monarchs from 1946-47, where he was a teammate of Hall of Fame pitcher Satchel Paige. McCrary went on to spend the rest of his career with the semi-pro Omaha Rockets, and the New York Yankees’ and Chicago Cubs’ farm teams.

On Sunday, June 26, Jackson, Knox and McCrary were inducted into the Yesterday’s Negro League Hall of Fame at the Mother Kathryn Daniels Center (MKDC) located at 3500 W. Mother Daniels Way on the grounds of Milwaukee’s Holy Redeemer Church (COGIC). The Brewers once again partnered with the MKDC and the Church as a sponsor of the annual induction ceremonies and other public event initiatives, like the Brewers Charity Auction scheduled for a later date.

The Milwaukee Bears, the city’s 1923 representative in the Negro National League, played only one season before disbanding, but featured some of the game’s most influential men, including Hall-of-Fame player/manager John Preston “Pete” Hill.

THE HISTORICAL SIGNIFICANCE OF SEGREGATED BASEBALL Posted by Lee Matz | Jul 5, 2016 | Articles, Featured |
DENNIS BIDDLE: IN AND OUT OF BASEBALL BY 19 Posted by Guest | Jul 5, 2016 | Profiles |
PHOTO ESSAY: THE NEGRO LEAGUE EXPERIENCE