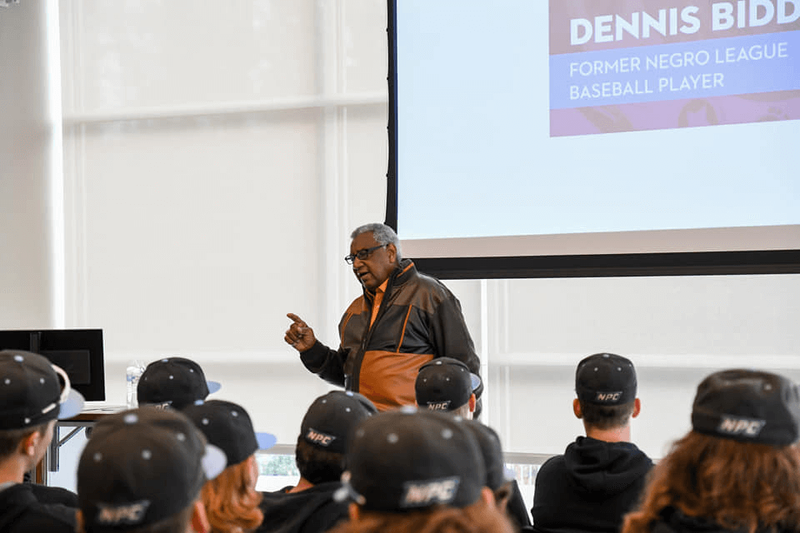 Dennis Biddle is a former Negro League Professional Baseball Player who played for the Chicago American Giants. Biddle is most known for making his debut in 1953 as the Giants' pitcher when he was only 17 years old. He is also known as "the man who beat the man who beat the man." He is on record as being the youngest player ever to play in a Negro baseball league game. Sadly, Biddle injured his ankle the next year, which ultimately ended his playing career. In 1996, Biddle founded Yesterday's Negro League Baseball Players, LLC and currently serves as the president. He travels around the country to educational institutes and community organizations, giving insight about the hidden truth of the Negro Baseball League. Biddle raises awareness of the injustice of the Negro Baseball Players from past to present and how to be an active voice for positive and effective change for "America's favorite past time."