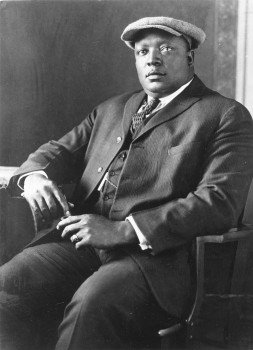 The first viable Black league was formed in 1920 under the leadership of Rube Foster, who was also the manager of the Chicago American Giants. Foster had been Negro baseball’s best pitcher in the early 1920’s, however it’s his work as a manager and promoter that he is best known for. Foster was a visionary who dreamed that the champion of his Black major league would play the best of the white league clubs in an interracial world series. The Negro League maintained a high level of professional skill and became centerpieces for economic development in many black communities.

The Negro National League began to experience many issues with club management coming from Foster, who displayed favoritism toward his own team. He was also accused of poaching all the best players in the league due to his influence and financial muscle. However his personal struggles began to overwhelm him as he was hospitalized for mental illness in 1926. He was never able to recover from it as he passed on 9th December 1930, at the age of 51.